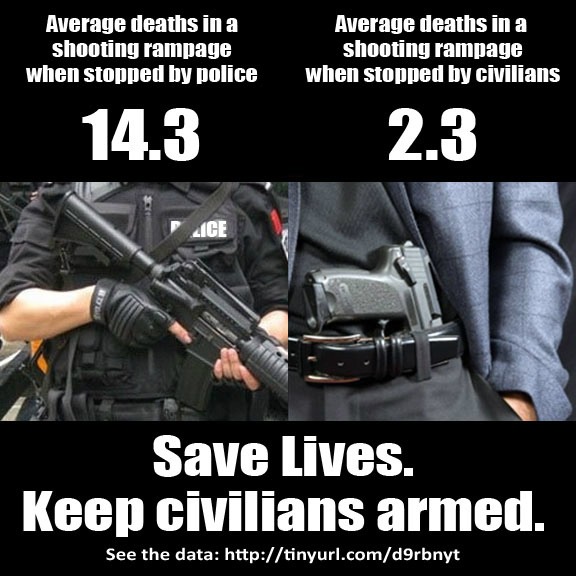 A disheartening and dangerous editorial from TCPalm endorses continuing mass murder zones due to egalitarianism.

The editorial board is endorsing slaughtering fields- plainly and simply. Criminals don’t obey laws but they would like to leave peaceful people defenseless against the deranged. Sure they have their feelings but they seek to enslave people to those “feels.” Those who do obey laws can lock a door and cower in a closet and hope their life isn’t taken bc of one madman and the feels of others.Do you own your own body? If so, then you have a right to defend yourself against those who would aggress against you and do you harm. If you do not have such a right, then you are a slave to someone who does own you. That is what gun control laws do — transfer ownership of your body to the political class that wants to deprive you of your ability to defend yourself and those around you.As Andrew Napolitano recently wrote:A no-gun zone is the most dangerous place on the planet when a madman intent on killing enters. No-gun zones are arbitrarily designated on public property by local authorities, stripping law-abiding folks of their lawfully owned guns — their natural right to self-defense — and exposing them to terror and death.The Constitution does not permit public no-gun zones any more than it does public no-free-speech zones. If the right to keep and bear arms is truly fundamental, the government cannot interfere with it based on geography. If the Army veteran/college student who stopped seven bullets with his body last week and saved the lives of his classmates (and survived!) had been permitted to carry a gun into the school building, the madman who murdered nine innocents would have been stopped long before police arrived — long before he completed his killings.The right to keep and bear arms has more than just the Second Amendment to protect it. By characterizing the right as fundamental and pre-political, the high court accepted the truism that this right is merely a modern extension of the ancient right to self-defense. And the right to defend oneself does not come from the government; it comes from our humanity. It is a natural right.Who among us, when confronted with the terror of nearly certain annihilation, would concern himself with the niceties of the law? Life itself is at stake. The right to self-defense is a manifestation of the natural instinct for survival, borne in the hearts of all rational people.The police cannot stop mass killings, because they cannot be everywhere all the time. And madmen willing to kill do not fear being lawbreakers. Guns in the hands of the people give not only tyrants second thoughts but also madmen.