TCPalm Editorial Board Has Very Little Understanding of Economics 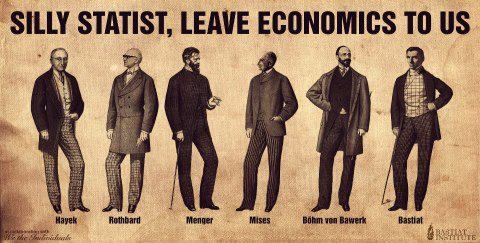 In the face of the failed economic policies that brought about VGTI, Digital Domain, City Center and others I sent the TCPalm Reader Engagement Editor a copy of the surest way to learn some basic economics – Economics in One Lesson.

It’s painfully obvious she has yet to open it. Or at least get to Chapter 6.

In a recent article from the Editorial Board TCPalm calls for “No More Leaps of Faith.” Yet this is exactly what they have done.

They continue to advocate for bureaucratic planning of the economy. To do so the bureaucrats use government to take money from you to give to others who are favored. The favoritism can be due to ideals or simply who you know. What this does is nothing but socialize the losses and privatize the profits.

The editorial boards boasts of this brave new plan which is nothing but putting lipstick on a overcooked pig.

Rather than abandon failed policies the editorial board is ready to continue marching in the same direction – failure.

TCPalm continues to advocate that locals be swindled to subsidize others but now those subsidies are going to have some strings.

They are taking a monumental leap of faith in hoping that any of those changes to oversight of failed policies will correct the failed policies. It is nothing short of absurd.

TCPalm stands as one of the biggest threats to your economic well-being.

Only a few years from a housing collapse that was brought about by artificial incentives that led to malinvestment they want to continue doing so though we have seen a handful of failures since. Why is it that policies that artificially stimulate production are unsustainable?

This build it and they will come field of dreams style of economic development is nothing more than a pipe dream.

The economy is just a term to label the hundreds of thousands of people on the Treasure Coast exchanging with one another. When people exchange with one another they are determining by their own actions what is sustainable. If consumer demands are not met then businesses fail because consumer action will not sustain them. Getting windfall cash sums just distorts the economy until the market adjusts and the subsidized companies are proven unsustainable.

They should be instead asking why is the area so unattractive to outside business that it needs to offer millions and millions of dollars to bribe a company to relocate here?

In Chapter 6 of Economics in One Lesson Henry Hazlitt writes:

But there is a decisive difference between the loans supplied by private lenders and the loans supplied by a government agency. Each private lender risks his own funds. (A banker, it is true, risks the funds of others that have been entrusted to him; but if money is lost he must either make good out of his own funds or be forced out of business.) When people risk their own funds they are usually careful in their investigations to determine the adequacy of the assets pledged and the business acumen and honesty of the borrower. If the government operated by the same strict standards, there would be no good argument for its entering the field at all. Why do precisely what private agencies already do? But the government almost invariably operates by different standards. The whole argument for its entering the lending business, in fact, is that it will make loans to people who could not get them from private lenders. This is only another way of saying that the government lenders will take risks with other people’s money (the taxpayers’) that private lenders will not take with their own money.

There are two and only two ways of acquiring wealth: the economic means (voluntary production and exchange) and the political means (confiscation by coercion). On the free market only the economic means can be used, and consequently everyone earns only what other individuals in society are willing to pay for his services. As long as this continues, there is no separate process called “distribution”; there are only production and exchange of goods. Let government subsidies enter the scene, however, and the situation changes. Now the political means to wealth becomes available. On the free market, wealth is only a resultant of the voluntary choices of all individuals and the extent to which men serve each other. But the possibility of government subsidy permits a change: it opens the way to an allocation of wealth in accordance with the ability of a person or group to gain control of the State apparatus.

Government subsidy creates a separate distribution process (not “redistribution,” as some would be tempted to say). For the first time, earnings are severed from production and exchange and become separately determined. To the extent that this distribution occurs, therefore, the allocation of earnings is distorted away from efficient service to consumers. Therefore, we may say that all cases of subsidy coercively penalize the efficient for the benefit of the inefficient.

Source: Editorial: No more leaps of faith in the name of economic development – TC Palm