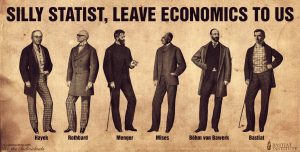 In news that likely isn’t news to many, TCPalm has gone off the rocker.

TCPalm looks to useful results to justify swindling from everyone so that the selected few may profit well have upon the serfs.

Fear not citizen, subsidizing special interests is a no-brainer because it sounds like a good idea and they may possibly deliver an end after vast theft and waste.

Lucky for you citizen you don’t have to worry after all you have the Wonderful Wizards of Subsidy Science at TCPalm whose crystal ball says Screwed with a Chance of Cloudy.

At least they have retracted from slinging ad hominem attacks against the Seven50 opposition.  Nothing good is said about Seven50 in their column however.

Let’s break down some selections of the drug-infused nonsense, that drug being spending other people’s money in ignorant bliss.

To the TCPalm editors: Seven50 is not socialism.  It is instead the institution of crony-capitalism that will greatly enrich the cronies of New Urbanism.  The chosen industries have already been selected and the cronies have done hard work to ensure the spoils are shared by the New Urbanism special interests and their cronies.

Please step your game up so that our future can be shaped rather than misformed. It’s one thing to use the word economic development but another in understanding how that is accomplished.  Start here November 8th.

Editorial: Seven50 may be flawed, but it could produce useful results for Martin County

If you look around  you just may see some TCPalm looking to add to the economic growth by breaking windows to support window makers.  Don’t you see the economic development?

via Editorial: Seven50 may be flawed, but it could produce useful results for Martin County » TCPalm.com.