Seven50 Miami Herald: Their Future Depends On Your Submission

Seven50: Miami Herald’s Editorial Board attempts to disguise its authoritative decision as an opinion.

The rag begins with covering past growth and implying that growth will always continue and we must be ready for that.

This is the future the Miami Herald sees:

More crowded roads, yes, but also a resurgent long-term real-estate market. More demands for government services, but also more spending for goods and services by a growing number of residents, meaning more job creation. More pressure on public schools, but with increased property taxes to meet the demand, and so forth.

State enforcement of the Miami Herald’s opinion is what freedom will be like in the future.  Except people are realizing the implications of a centralized plan as the only course of action.

The Miami Herald’s editorial board goes on to chastise St. Lucie County for acting in its own interest:

The editorial board of the Miami Herald believes you agree with them 100% or you are stupid. St. Lucie officials have stated that working voluntarily with other areas in the region as they do now but to not confine St. Lucie County completely to one “plan.”

The Miami Herald has a huge stake in this game.  The Seven50 plan seeks to preserve that status quo by restricting city/county level decisions to the Seven50 schematics which seek to preserve the current status quo with the Miami-Dade dominance in the region.  The “sustainability matrix” drafted by Seven50 gives it authority in over 20 areas of life superseding local decisions.

Currently Miami-Dade is one of the few counties in Florida actually losing population.  Other areas are growing yet many of the Seven50 proposals recommend curtailing development and limiting land use in the northern counties, which would sustain Miami-Dade’s seat in the region and give it greater influence in our local matters.

As the largest newspaper in Dade you can be sure that the Miami Herald sees this as opportunity for the dying publication.

The Miami Herald accuses most opponents of Seven50 of not reading the plan.  However the video of the meeting shows otherwise.

The editorial board of the Miami Herald refers to people who disagree with their views as “know-nothings.”

Their idea of cooperating is you submitting to their opinion. 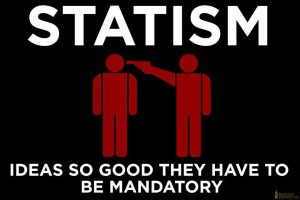 The Miami Herald Would Like To Cooperate With You on Seven50

The board’s lust for a centralized plan heavily reliant on subsidies and economic fallacies is a continuation of the crony-capitalist policies that benefit establishment rags like the Miami Herald.

One cannot blame the Miami Herald for acting in their own best interest because that is what drives acting man.  However rather than cooperating with others to engage in mutually beneficial action the Miami Herald prefers your submission for their benefit. They must certainly have much to gain as the policies they advocate have been shown to hurt the poor the most.

The board did not have the integrity to rebut the arguments made by people who actually read the plan or those who spoke against it after reading it. That is because they are intellectually bankrupt.

The insightful editorial board of the Miami Herald was able to make ad hominem attacks by labeling the opposition as stupid and know-nothings (this has been a Seven50 supporters playbook for handling opposition here and here).  Why are they stupid? Because they disagree. 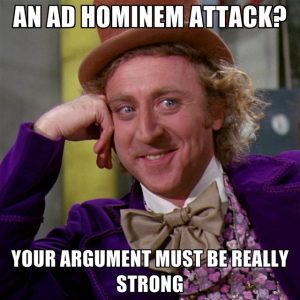 Disagree with what? The  Miami Herald doesn’t even bother to tell you.  There’s only one answer to every perceived problem and that is their answer.  Don’t bother with what it is because it is the only way, their way.

I would be tinkled pink if they actually stated the future demand they were projecting, where it would be and the reasoning for government/private services

This type of planning has been tried before and always fails.  Politicians and lickspittles rattle off historical data to paint a picture of what the future will be like without their wisdom and planning and why you must subject to their demands while leading the path to poverty rather than planning for freedom.

The Miami Herald’s blind regurgitation of economic fallacies as a means to prosperity is dangerous, they have a vast reach and spreading such nonsensical schemes makes them complicit on the march to poverty.

I’ll close with the kindness of the esteemed professional journalists at the Miami Herald by telling those quasi-corporatists/fascists/socialists/collectivists/cronyists to have a nice day and close with a suggestion.  If you really want to be green, stop wasting paper, ink and pixels.  Your regurgitation of failed economic policies as a means to achieving property should certainly be pollution enough for you to shut down shop.  You can take your friends with you.

That would be a start to achieving truth smart growth in your circulation.