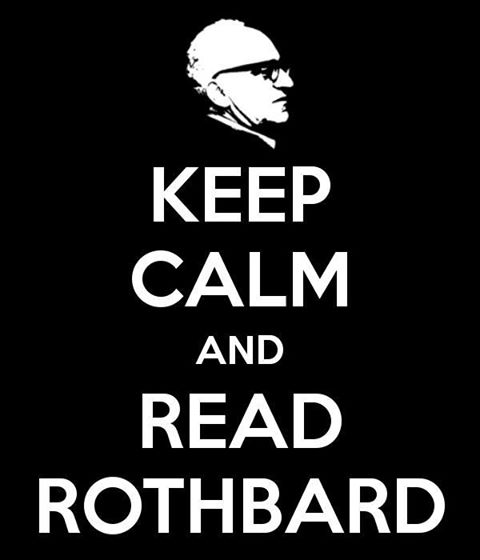 Lew Rockwell writes about the importance of Rothbard’s work in advancing liberty and provides a course for reading the works of Murry N. Rothbard:

We’ve just completed another successful Mises University, the summer instructional seminar for students hosted by the Ludwig von Mises Institute. Interest in Austrian economics continues to grow: we could accept fewer than one-third of qualified applicants.

Although the students are widely read, they share a particular fascination with the works of Mr. Libertarian, Murray N. Rothbard, whose books and articles are far more widely read today than they were in his lifetime. Rothbard – economist, historian, philosopher – produced an astonishing body of work in defense of liberty. Why are these young people so captivated by him? Read him yourself and see.

With Mises University 2013 behind us, I thought this was an opportune moment to look at Rothbard’s major works and suggest a program for reading them. It is not strictly necessary that you read them in my recommended order, of course, but I think in terms of difficulty level and subject matter, the following program makes sense.

1. What Has Government Done to Our Money? This little book, which has been translated into countless languages, has been the entry point into sound money for more people than any other work. It’s also an excellent entry point into the writings of Rothbard, because it showcases so many of his outstanding qualities. You discover not just the range of his economic and historical knowledge but also the clarity of his prose and his ability to explain complicated matters simply and briefly.

In fewer than 100 pages, you will learn what money is, where it comes from, how government comes to monopolize its production, and how government debases it. You’ll learn some American economic history as Rothbard reviews the twentieth-century process by which the gold standard in the US was transformed into the fiat paper system of today.

You may want to read it in the Mises Institute’s special edition, which also includes Rothbard’s essay The Case for a 100 Percent Gold Dollar.

2. Economic Depressions: Their Cause and Cure. This is not so much a book as a lengthy essay, but Joe Salerno, our academic vice president at the Mises Institute, credits it with getting him interested in Austrian economics. It is a layman’s overview of the Austrian theory of the business cycle — in other words, it’s a free-market explanation of why the economy experiences booms and busts. The theory has undergone some development and elaboration in the decades since this essay, but it will give you a good grounding in the basics of the business cycle and the role of the central bank in causing it.

3. Making Economic Sense. This is a punchy and entertaining collection of Rothbard’s short articles on economics, covering a wide-ranging series of topics. Rothbard is at his most entertaining when doing this kind of writing. By showing you how economic insights can shed light in so many different areas, these articles can help train you to think like an economist.

The rest of the course is provided at Read Rothbard –.  You can find many of Rothbard’s work provided for free at Mises.org.  You can also find some at the material comprised in our learn economics, history and philosophy.  Find all our posts on Rothbard here.