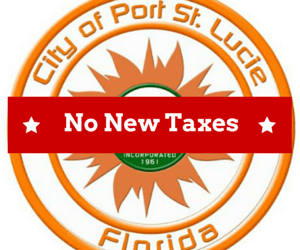 The City Hall boondoggles continue to embarrass the city. The citizens continue to suffer for the bad economic policies invested by City Hall.

“(The city) seemingly thinks that this court has the power to force VGTI to continue to operate when it plainly does not have the financial ability to do so absent a further infusion of cash,” the company said, as it asked a judge to throw out the city’s suit.

VGTI being out of cash is really grave news for the residents forced to pay for under City Hall’s direction.

Port St. Lucie in 2010 borrowed $64 million as an incentive package to build and furnish VGTI’s facility. VGTI is required to repay the money over 30 years with interest. But should it default, the city is responsible. With interest, the total owed is $130 million.

Even though they are closed there may be more pain to come. One of the organizations to blame for luring such failures here by showering them with your money is the EDC. The new president of this bloodsucking institution is looking to repeat the same bankrupt policies of yesteryear.

“It is a high priority for us to find another company,” Tesch said. “We really need to take a very concentrated look to see what can go in there.”

It looks like City Hall is going to keep on striking out until they hit gold. No big deal, it’s only your money they are losing. It’s not like its their own.

“Our efforts will be to continue to try to find a partner for the facility … it’s an admirable goal to keep research in the city,” City Manager Jeff Bremer said Friday soon after VGTI announced its closure in a news release.

…“Let’s see if we can explore other partnerships that can reposition the building and still maintain some sort of research on Innovation Way,” Bremer said.

“That makes sense,” Oravec said Friday. “That’s a good goal to have, and as a council, we’re going to have to figure out not only what’s desirable, but what’s doable.”

When Tesch speaks of attracting another company to the area he means bribing them with your money, once again.

“While having a prestigious firm such as a VGTI or a Torrey Pines is great for the region, I think we will have to broaden our scope to look at other industries that are suited for that location and for this area,” Tesch said.

Not to worries PSL, City Hall intends on raising taxes to help cover the losses you were forced to support.

Meanwhile the City will continue it’s attack of VGTI which is sure to cheapen the cost of bribing another appropriate company Tesch and company find.

Source: VGTI reveals in court documents that it’s out of cash – TC Palm