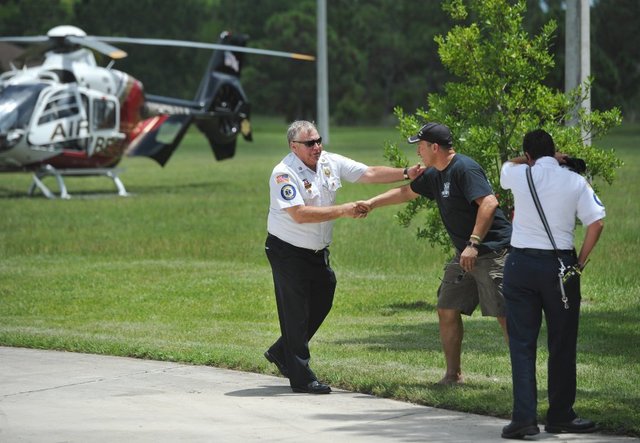 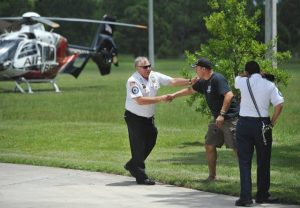 “I’m a public servant. I don’t know how else to describe it,” said Parrish, who held several positions before becoming chief in 2007. “I’ve loved the job, I love the people, I love the community.”

The joker is retiring with a deferred retirement option and going to collect a new bureaucratic salary at the same time.

Parrish said he entered the fire district’s Deferred Retirement Option Program, or DROP, in October 2010. That program, which is different from the Florida Retirement System, allows participants to stay employed with the fire district for a maximum of five additional years before leaving, according to Kenneth Crooks, fire district attorney.

“I’m not ready to retire. I love what I do, I love this place,” Parrish said. “I wouldn’t leave, but it’s that time.”

He’ll likely receive near $80-100k a year from the pension and will collect over $90,000 from his new job. Bureaucrats have it quite nice and receive more income than their private counterparts who are extorted to afford parasites like Parrish hefty incomes. Now he’ll get a second retirement pay funded by the taxpayers he claims to serve.

Parrish’s salary will be $91,864, and he will be eligible for the Florida Retirement System, according to Gill.

He wasn’t bashful about exploiting the productive members of the community.

“I’ve had a lot of opportunities presented of late. This really worked out. My family’s here,” Parrish said. “I don’t have to pick up and move. I think it’s a great opportunity for me, for the communications public safety division.”

He claims to put out fires but really just burns up taxdollars. The average income in Saint Lucie is $60,000 for a household not a single-income earner. So this “servant” was earning about 4x the average person in Saint Lucie.