The Literal Poison of Democratic Socialism 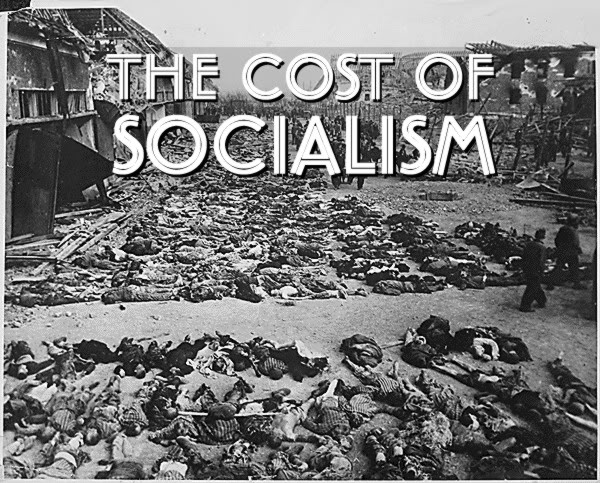 Latin America is once again demonstrating the social poison of “democratic socialism,” the ideology that won Bernie Sanders more than 13 million votes in the Democratic primaries. Socialism – democratic or otherwise – is not only destructive of a nation’s economy, as history proved over and over again during the twentieth century; it is also ecological poison. After the worldwide collapse of socialism in the late 1980s/early 1990s, we got a first look at what a country’s environment under a socialist system that banned private profit-making for decades looked like. In a word, it was a catastrophe, as described in books with titles like “Ecocide in the U.S.S. R.”

The world learned that the socialist countries dumped untreated sewage into their rivers, streams, and lakes for decades; the Volga River in Russia was so polluted that boat were equipped with signs warning against throwing cigarettes in the water for fear the chemical-laden water would catch fire; factories had no pollution controls whatsoever; massive fish kills were routine; and the Polish Academy of Sciences reported that by the early 1990s one-third of the Polish people lived in areas of “ecological disaster.”

The old theory that the pursuit of profit in an unregulated economy is the root cause of pollution was shattered. Unlike capitalist countries that hold polluters legally responsible for the damage they cause to others, in socialist countries politicians who are responsible for polluting nationalized industries bear little or no responsibility for it. Government ownership of natural resources means, in effect, no one owns them, and when resources are all one big commons they are inevitably overused, abused, and exploited. The absence of property rights and a sound liability law system is a recipe for ecological disaster, as all socialist countries have proven and continue to prove.

When a horrible accident created a deadly oil platform explosion in the Gulf of Mexico, privately-owned British Petroleum immediately created a $20 billion fund that it knew it would need for payment of damages. In contrast, when the Mexican government creates far worse environmental and human disasters in the Gulf of Mexico it routinely does nothing by claiming “sovereign immunity.” In the first five months of 2015 alone Pemex, the Mexican nationalized oil company, caused three catastrophic oil rig explosions that resulted in several deaths, numerous injuries to platform workers, and air and water pollution. The Mexican government incredibly claimed that there were no oil spills, which was quickly proven to be a lie by satellite images of a three-mile-long oil slick provided by Greenpeace Mexico.

Television coverage of the Summer Olympics in Brazil is about to showcase the horrific pollution problems in that country, which has been ruled for many years by the “democratic socialist” Workers Party, which proudly proclaims “revolutionary socialism” to be its defining ideology. In addition to creating some of the worst poverty in the world, the Brazilian government has turned that country’s once-beautiful beaches into stinking cesspools.

An August 2 article in the Daily Mail by Gareth Davies reported on a study of pollution in Rio de Janeiro on the eve of the Olympics which found the following:

Athletes have been told not to put their heads under water.
Viral levels in Guanabara Bay, where the triathlon will take place, are 1.7 million times higher than health-hazard levels in the U.S. and Europe.
Rubbish in some of the bays is so thick that you cannot see the water and rats live on top of the floating rubbish.
A floating corpse and a severed arm were recently spotted floating in Guanabara Bay.
There are extremely high levels of viruses in the sand on the beaches.
The virus level in Gloria Marina, where the sailing races will begin, are several thousand times higher than danger levels in the U.S.
“Black tongues of fetid, sewage-filled water” are “common” on “tony” Ipanema Beach.
Vast islands of sewage sludge are seen at low tide, dumped there by residential high-rise apartment buildings.
Many rivers are “tar black” from pollution.