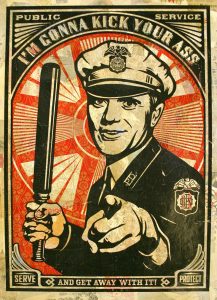 The editorial board of TCPalm wants you to act as they see fit.

If not, they will impose their views through the force of guns and violence.  They will do so by employing government to fine you.

The editorial board at TCPalm wants to dictate to you what you can or cannot do. To hell with the Golden Rule.

OBEY TCPalm subject, that is the best course of action. OBEY!

The editorial board seems to be in a pretty bad mood because government isn’t forcing you to act as they see fit fast enough.

In St. Lucie County, Port St. Lucie and Fort Pierce have been slow to take action.

In Indian River County, Sebastian and Fellsmere lag behind.

Apparently the state of Florida isn’t forcing you enough to act as TCPalm sees fit:

Fellsmere for some time has been considering adopting the rainy season fertilizer ban to replace a weaker state-suggested ordinance.

Why won’t you just fall into line? What is wrong with you?!

But wait, it gets worse.

Believe it or not there is a different way to saving the Indian River Lagoon.

Why after all should you or anyone be able to pollute the Indian River Lagoon at anytime of the year let alone certain times of the year?

If that makes no sense at all to you take comfort in knowing that you are not alone. There is another way to saving the Indian River Lagoon. 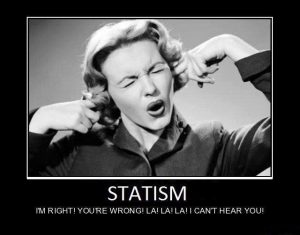 Would you allow your neighbor to dispose of his/her trash on your yard? Would you allow it at certain times of the year? With government “managing” the Indian River Lagoon that is what happens.

Yet the government cheerleaders known as the editorial board of TCPalm want more governmental solutions.

Unfortunately, especially for the Indian River Lagoon, the saga continues of repeating the same mistake and expecting different results.

Editorial: All local governments on Treasure Coast have responsibility for lagoon’s health » TCPalm.com.