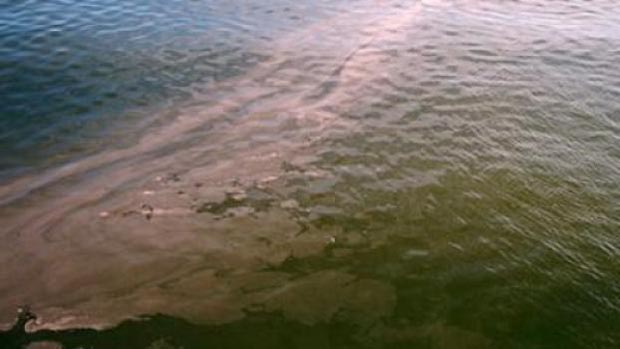 Eve Samples is absolutely TERRIBLE in her recent column which seems to support water communism/socialism. 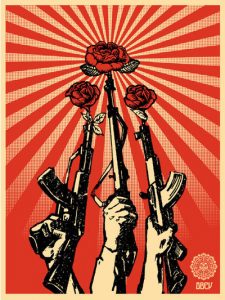 Her column begins by discussing a ballot measure that will seek using government fees to collect money to conserve land and water (she celebrates this as not a tax).

Do we have a fundamental right to clean water?

After witnessing last year’s toxic algae blooms and bacteria warnings in the Indian River Lagoon and St. Lucie River, I believe we do.

Eve Samples uses the ballot measure to pitch her belief that we have positive rights to things.  In this case she says that people have a right to clean water.

Eve Samples does not understand that you CANNOT have a right to do something that imposes an obligation on another.  That is known as a positive right and is based on the totalitarian idea that one person can be forced to do another’s bidding.

Eve does have the right to not having others pollute her water however.  There is a big difference from having a right to something and the classical liberal idea of negative rights.

Eve goes on with disturbing news that (my highlights):

More than three dozen environmental groups — including the Indian Riverkeeper and RiverKidz, both local — are backing the Floridians’ Clean Water Declaration campaign to argue just that. 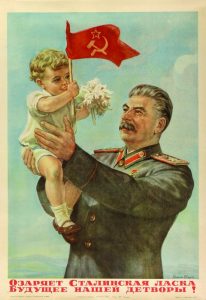 Vladimir Lenin: Give me four years to teach the children and the seed I have sown will never be uprooted.

They are hosting rallies across Florida on Jan. 22 (with two in Stuart and Vero Beach) to make the case that clean water is essential for healthy people and a healthy economy. [highlight]They also believe water rights belong to the people, not private interests.[/highlight]

I genuinely feel for the kids that are being fed collectivist propaganda in the guise of environmentalism.  Eve Samples did get one thing right in the article when she referred to the government as them.  The idea is that clean water belongs to the public.  But what is the public sector but government? The people are the true private interests.  We are not the government.

Murray Rothbard wrote in Anatomy of the State,

The useful collective term “we” has enabled an ideological camouflage to be thrown over the reality of political life. If “we are the government,” then anything a government does to an individual is not only just and untyrannical but also “voluntary” on the part of the individual concerned. If the government has incurred a huge public debt which must be paid by taxing one group for the benefit of another, this reality of burden is obscured by saying that “we owe it to ourselves”; if the government conscripts a man, or throws him into jail for dissident opinion, then he is “doing it to himself” and, therefore, nothing untoward has occurred. Under this reasoning, any Jews murdered by the Nazi government were not murdered; instead, they must have “committed suicide,” since they were the government (which was democratically chosen), and, therefore, anything the government did to them was voluntary on their part. One would not think it necessary to belabor this point, and yet the overwhelming bulk of the people hold this fallacy to a greater or lesser degree.

It is the people whom are the private interests. In fact millions of people vote each day for clean water by entering into voluntary exchanges and paying for bottled water instead of government tap water. In fact they had some very terrible environmental disasters that occurred under public management. The Aral Sea is currently shrinking do to an unintended consequence of public management to support the right to food. 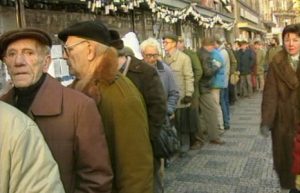 People in Prague waiting in line to exercise their right to food.

Looking at food is a great example.  People in communist USSR had a right to food and it did not work well for them. Without private interests being secure in property rights there there would be no incentive for agricultural production.  Private interests are secure in knowing that their crops belong to them and are protected from theft by others and this is what incentivizes them to increase agricultural production.  However state ownership/management of food had very real consequences for people living under communist regimes.

Sadly Eve finishes this article with by wanting more of the same remedies that have already caused serious damage to the Indian River Lagoon.

If you believe clean water is a fundamental right, and that we need land to protect it, we can’t wait for them to voluntarily comply.

We will have to force the Legislature to pay for it.

There seems to be a theme in TCPalm supported solutions.  More government. More force.

Eve Samples does correctly see that government is slow to act.  Why is that with something so important as clean water is government slow to act? Because bureaucracy has no incentive to satisfy it’s consumers, the private people, since patronage is forced.

Government has been managing water and resources for quite some time and the results are never good.  Look at the lagoon today.  Yet when government runs something to the ground and a band-aid solution is applied people are satisfied until the decline under government management is so bad or noticeable that the public reacts. 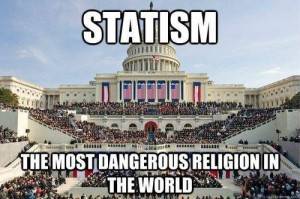 To support more government as the solution is either being an Indian River Lagoon sadist or insane as the same thing continues while expecting different results.

We need private interests in water just as we have in land.  It is because of property rights in land that ranchers rotate land on which cattle grazes, farmers replant and rotate crops and that forestry companies replant after cutting. Yet there are no (or negligible) private property rights in water.  While on land private interests have been maximizing production while conserving resources in regards to water we are still just in the hunter-gatherer stages and lagging far behind.

Putting all the faith in government managementand thus all the eggs in one basket has inflicted factual damage to the lagoon and water quality.  Continuing to do the same thing will not help it but merely patch what government has already destroyed.

If there were property rights in water and the lagoon then one would no more be allowed to pollute the property thru runoff or any other means than you can now currently dispose of you garbage on your next-door neighbor’s lawn. Instead we have terrible record of water mismanagement by the government and the use of force to fix it.

If  you are interested in how to Save the Lagoon without violence or force you can read about it here. 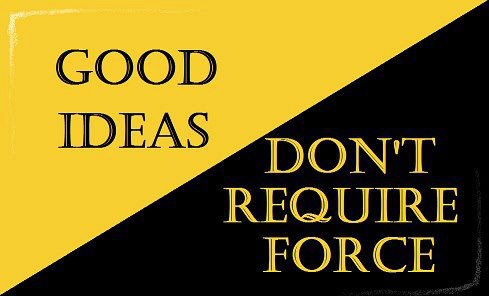 Eve Samples: Ask yourself this question before voting in November — Do we have a right to clean water? » TCPalm.com.