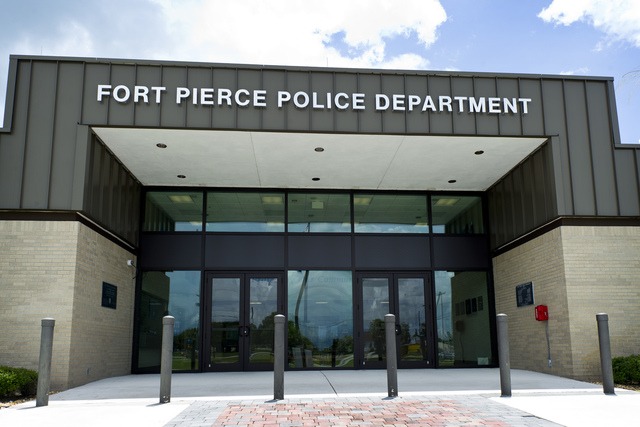 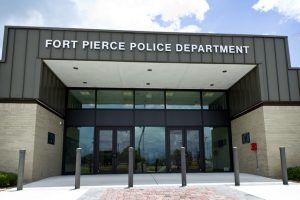 Not only do the boys in blue harass and extort citizens for revenue generating vices (not crimes) but they also manage to harass eachother.

A federal lawsuit filed against the city of Fort Pierce and its police department contains so many four-letter words we’re unable to publish them in a family newspaper.

The sexual discrimination suit filed by former police sergeant Kristin Anderson alleges she was sexually harassed in such a hostile work environment under the supervision of former chief Sean Baldwin that she was forced to resign.

Baldwin retired from the force in late 2014, but nearly all the other officers named in the suit are still employed by the city.

Anthony Westbury covers the details of the suit.

The suit paints an ugly picture of life inside the police department.

It portrays a workplace ruled by command staff who were not shy about using a plethora of four-letter words in reference to Anderson.

…The suit alleges top officers made repeated efforts to get rid of Anderson. She was demoted while serving a probationary period during the first 90 days of her tenure.

…Anderson alleges in the suit she was described by top officers as a “badge bunny” and “the Princess.”

…The material in the original EEOC report was enough to persuade the members of the St. Lucie County Concerned Citizens group to act. The group, largely made up of black ministers, was formed to improve relations between the police department and residents in the Lincoln Park community of northwest Fort Pierce.

The group managed to block Baldwin’s attempt to remain a reserve officer during retirement. They also approached Indian River State College President Edwin Massey with concerns the former chief had been hired as an adjunct instructor in the college Public Safety Department, where he was teaching a class on ethics.

Baldwin is no longer employed by the college. He declined to talk about the Anderson case for legal reasons, or about his employment status with the college.

Baldwin retired in his early 50s and will even more of a burden on the taxpayers than he was on his employees.

Anderson described a series of major and minor slurs against her, made by both rank-and-file officers and supervisors up to then-Chief Sean Baldwin. There were crude sexist remarks, off-color cartoons posted in the department, hostility and lack of support from top command staff who made it clear they wanted her off their shift or even out of the department altogether.

Westbury comments on the remarks at trial.

Some of the charges Anderson made were more egregious than others, yet many alleging rotten behavior by other officers reminded me more of high school than a law enforcement agency in a city plagued by high crime rates.

The police department was so consumed by grievances filed by Anderson and other officers it’s a wonder cops had any time to actually fight crime.

…This trial could end up costing hundreds of thousands of dollars. The cash-strapped city hired three top-notch outside attorneys rather than using in-house legal staff. Those outside lawyers are very good at their jobs, but surely the amount of money spent would have been better used on filling the many potholes in city streets or putting more boots on the ground in high-crime areas.

Anderson, at 5 feet tall and weighing 100 pounds, is tiny but obviously very determined. Perhaps she was simply trying too hard as a supervisor, and perhaps she might be described as an irritant at times. Yet, she seems to have plenty of ammunition against the city. No one in authority took her complaints seriously; she was condescendingly referred to as “that little girl,” or “The Princess” by top male officers.

Whatever her management style, it’s clear Anderson didn’t deserve the treatment she allegedly received. The low point was her supervisors’ refusal to allow her time off to visit her dying grandmother.

FPPD doesn’t seem to have the trust of it’s employees or the residents they are supposed to protect.