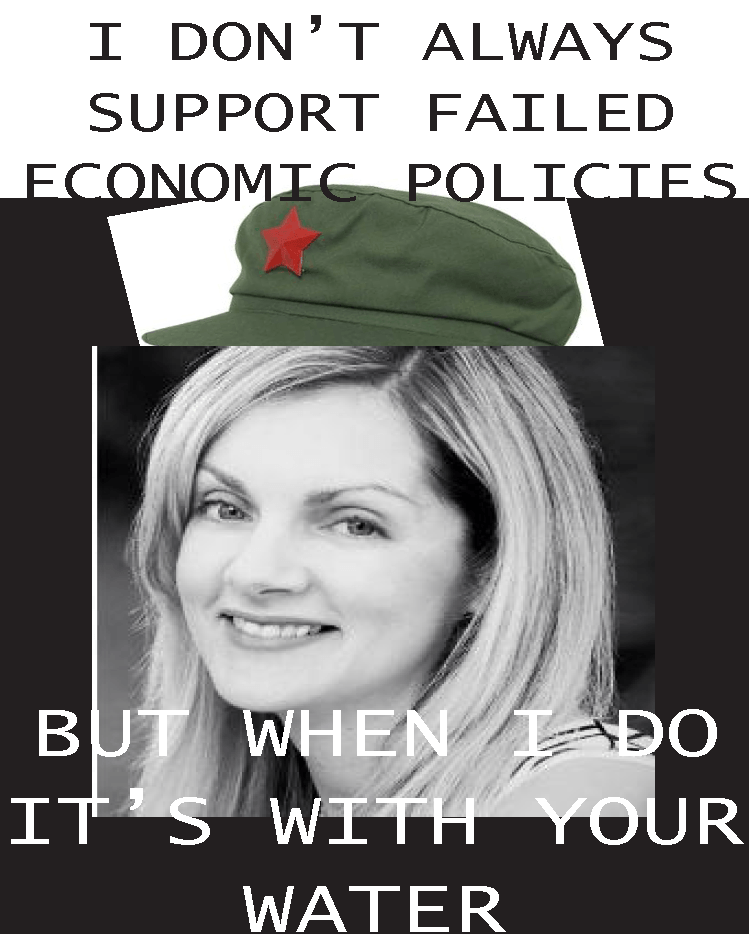 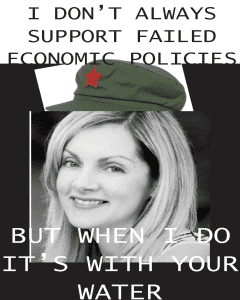 Eve Samples is almost always busting out the pompoms for her god Government. This time Eve believes the government will act wisely with money despite suffering from a calculation problem.

Mises and Hayek argued that economic calculation is only possible by information provided through market prices, and that bureaucratic or technocratic methods of allocation lack methods to rationally allocate resources.

…Mises argued in “Economic Calculation in the Socialist Commonwealth” that the pricing systems in socialist economies were necessarily deficient because if a public entity owned all the means of production, no rational prices could be obtained for capital goods as they were merely internal transfers of goods and not “objects of exchange,” unlike final goods. Therefore, they were unpriced and hence the system would be necessarily irrational, as the central planners would not know how to allocate the available resources efficiently.[1] He wrote “…that rational economic activity is impossible in a socialist commonwealth.”[1] Mises developed his critique of socialism more completely in his 1922 book Socialism, an Economic and Sociological Analysis, arguing that the market price system is an expression of praxeology and can not be replicated by any form of bureaucracy.

But Eve is very happy as the government has more control to suck the resources from people so they can dilute the outcomes of govt’s failed “management” of pollution.

Get ready for a windfall.

Last week’s passage of Amendment 1 will raise an estimated $10 billion over the next two decades for water and land conservation in Florida.

It’s the most lucrative voter-approved initiative of its kind in any state — ever. 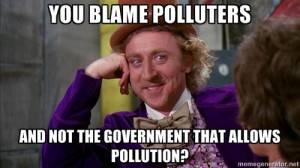 Of course there may be some waste with govt planning.

But keep your eyes open.

Where there is a windfall, there are ways for abuse to arise.

But thankfully to lobbyists that won’t happen.

“Everybody’s going to be lobbying,” said Chuck Barrowclough, executive director of Treasured Lands Foundation, a nonprofit that hopes to use Amendment 1 money to preserve land on the Treasure Coast.

But hey have no fears because government is here.

he good news is Florida has a track record for spending conservation money wisely, through its Florida Forever and Preservation 2000 land-buying programs. It could follow those models for the Amendment 1 money, too. 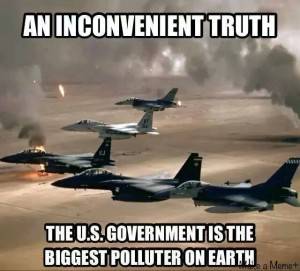 Joe Negron is more accurate when describing what happens when the state steals your money – people compete to be rewarded your stolen loot.

“The appropriations process is and has always been a competition,” said Negron, a Republican from Stuart.

One such lobbying parasite says it may very well become a boondoggle.

“Now, the third phase of the campaign is taking hold, where we need to be letter-writing to our Legislature and making sure our lawmakers do the right thing in enacting this, so it doesn’t become a boondoggle,” Barrowclough said.

Amendment 2 failed but nevertheless Eve seems to be smoking some medicinal grade drugs.

The chamber argues it’s not a responsible way to protect Florida’s natural resources.

But Amendment 1 emerged because the Legislature had shirked its responsibility in the first place. It raided trust funds that were supposed to be dedicated for environmental lands.

This time, let’s make sure lawmakers follow the will of their constituents.

Sure government fails at every turn so lets give them more money. Lets give more to those who legalized pollution and continue to subsidize pollution so they can fix pollution in their infinite wisdom.

And to that we give the one-finger salute.

Eve Samples: Time for the next phase of Amendment 1 campaign — making sure money is spent wisely – TC Palm.