How Does an Economy Grow? 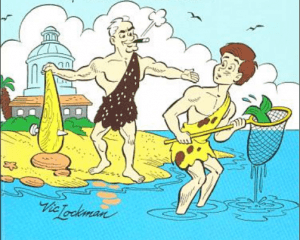 How Does an Economy Grow?

“How Does an Economy Grow?” | Faculty Panel

Dr. Klein
Peter G. Klein, “Entrepreneurship and Creative Destruction,” in Brendan Miller, ed., The 4% Solution: How to Unleash the Economic Boom America Needs in the Twenty-First Century (New York: Crown Business, 2012), pp. 116-26.
Dr. Thornton
Frédéric Bastiat, Excerpt from “That Which Is Seen, and That Which Is Not Seen,” in The Bastiat Collection (Auburn, Ala.: Mises Institute, 2011).

Mark Thornton is an American economist of the Austrian School.[1] Thornton has been described by the Advocates for Self-Government as “one of America’s experts on the economics of illegal drugs.”[2] Thornton has written extensively on that topic, as well as on the economics of the American Civil War, economic bubbles, and public finance. He successfully predicted the housing bubble, the top in home builder stocks, the bust in housing and the world economic crisis.

Thornton received his B.S. from St. Bonaventure University (1982), and his Ph.D. fromAuburn University (1989). Thornton taught economics at Auburn University for a number of years, additionally serving as founding faculty advisor for the Auburn University Libertarians. He also served on the faculty of Columbus State University, and is now a senior fellow and resident faculty member at the Ludwig von Mises Institute.[3] He is currently the Book Review Editor for the Quarterly Journal of Austrian Economics.[4]

Libertarian organizations including the Independent Institute,[5] the Cato Institute,[6] and the Mises Institute have published Thornton’s writings on drug prohibition and prohibition in general. Thornton contributed a chapter[7] to Jefferson Fish‘s book How to Legalize Drugs. He has also been interviewed on the topic of prohibition by members of the mainstream press. His research and publications are the basis of the Iron Law of Prohibition which states that the enforcement of prohibition increases the potency and danger of consuming illegal drugs. [8] Thornton’s first book, The Economics of Prohibition, was praised by Murray Rothbard, who declared:

Thornton’s book… arrives to fill an enormous gap, and it does so splendidly…. The drug prohibition question is… the hottest political topic today, and for the foreseeable future…. This is an excellent work making an important contribution to scholarship as well as to the public policy debate.

Thornton has also written on economic bubbles, including the United States housing bubble, which he first described in February 2004.[9][10][11] He suggested that the “housing bubble might be coming to an end” in August 2005.[12] His work on market bubbles has been cited by journalists[13][14] and other writers.[15][16] Economist Joseph Salerno noted that “Mark Thornton of the Mises Institute was one of the first to jump on this—to start writing about the housing bubble.”[17] Similarly, economist Thomas DiLorenzo has written that “[i]t was Austrian economists like Mark Thornton . . . who were warning of a housing bubble years before it burst.”[1] He also called the top in the housing market. He developed and published his Skyscraper and Business Cycle model in 2005.[13] His Skyscraper Index Model successfully sent a signal of the Late-2000s financial crisis at the beginning of August 2007. [14][15]

Thornton has also been active in the political arena, making his first bid for office in 1984, when he ran for the U.S. Congress. He became the first Libertarian Party office-holder in Alabama when he was elected Constable in 1988. He was the Libertarian Party Candidate for the U.S. Senate in 1996 (also endorsed by the Reform Party) coming in third of four candidates. Thornton also served in various capacities with the Libertarian Party of Alabama including Vice Chairman and Chairman. In 1997 he became the Assistant Superintendent of Banking and a economic analyst for Alabama Governor, Fob James.[2]

Thornton has been featured as a guest on a variety of radio and internet programs and his editorials and interviews have appeared in leading newspapers and magazines.

Peter G. Klein is Associate Professor in the Division of Applied Social Sciences at the University of Missouri and Director of the McQuinn Center for Entrepreneurial Leadership. He also holds appointments with the Truman School of Public Affairs and the Norwegian School of Economics and Business Administration. His research focuses on the boundaries and internal organization of the firm, with applications to diversification, innovation, entrepreneurship, and financial institutions. He taught previously at the University of California, Berkeley, the University of Georgia, and the Copenhagen Business School, and served as a Senior Economist with the Council of Economic Advisers. He is also a former Associate Editor of The Collected Works of F. A. Hayek. He lectures regularly at the Mises University and other Mises Institute events.

Check out his blog, Organizations and Markets.