The Crime of Charging Customers Too Little in Florida 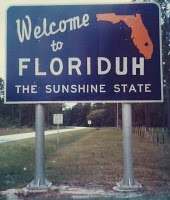 Do we really need laws that prohibit entrepreneurs from charging consumers too little?

PLF’s economic liberty project challenges so-called “minimum price” laws that do just that. These laws are rich examples of cronyism and, unfortunately, a Florida state appellate court decision upheld one this week. PLF had filed an amicus brief urging the court to overturn the law.

The Hillsborough County Public Transportation Commission makes it illegal for licensed limo and sedan drivers to charge less than $50 for any ride, no matter how short the distance. Lots of limo and sedan drivers would like to compete on price with taxis for short trips if they could. But if a driver wanted to charge a fixed price of $20 to shuttle people to the airport from nearby locations, both he and his willing customer are out of luck—he must charge $50, which is far more than a comparable taxi ride. And that’s precisely why the rule exists: it is aimed at keeping the taxi companies that lobby for the rules insulated from competition from independent transportation entrepreneurs.

This is raw economic favoritism of one class of companies over another by the politicians who enacted the rule. A case challenging the regulation was filed by our friends at the Institute for Justice on behalf of a small limo operator and his customers.

Florida’s constitution protects the right of individuals to “freely bargain” for services, which one would think outlaws price controls mandating minimum prices. Yet a Florida trial court determined that its state constitution offered no more protection for the plaintiffs’ economic liberty than the notoriously low protection imposed by the federal constitution. The appellate court affirmed the decision without so much as a paragraph of analysis, showing again how little concern Florida courts give to even egregious violations of economic freedom.

It didn’t have to be that way. PLF’s brief argued that the text of Florida’s Constitution and some Florida Supreme Court precedents require judges to be more skeptical of protectionist economic regulations than their federal-judge counterparts. Under America’s federalist system, the U.S. Constitution can provide a floor of protection for individual rights, but every state is free to go further in safeguarding its own citizens against irrational and unjust laws.

Continue: The Crime of Charging Customers Too Little in Florida – PLF Liberty Blog