Seven50 is the South Florida’s imposed implementation of sustainable development.  The plan of Seven50 is to coordinate efforts to skirt local government in Monroe, Dade, Broward, Palm Beach, Martin, St. Lucie and Indian River Counties to promote centralized planning solutions to perceived environmental and social problems.  In effect local government is ceding responsibility to a non-elected regional planning council made entirely of special interests and allowing this non-elected governmental organization to dictate the allocation of local resources.

What Will Seven50 Do 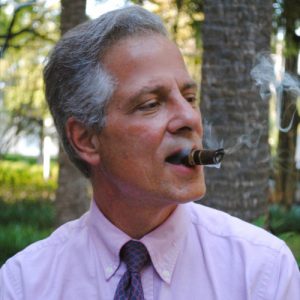 How to Implement Seven50

Fascism is the best form of government to implement these changes.

Seven50 will drain local economies and the organizations that have subverted authority from local government will dictate  decisions that are made with resources rather than using market signals to best allocate resources.  In South Florida the consumer will no longer be driving the decisions in the economy as non-elected boards will allocate the resources inefficiently under the guise of doing so in our best interests.

Development that meets the needs of the present without compromising the ability of future generations to meet their own needs.

In defying economic principle it grants the power over resources to command the use of resources now since government knows what demands and needs will need to be met in the future.  Not only does the market allow the best forecasts of the future to make decisions with resources now, the core of entrepreneurship, but that they can predict what technologies and advancements will or will not be made in the future. Coercive communism is a failure because it consists of a self-appointed elite forcing needs and abilities upon people against their will. Needs and abilities cannot be determined arbitrarily by leaders; they stem from each person according to their own unique value system. Similarly, “enlightened” leaders should not be able to force us to act according to their assessment of what future generations’ needs may be. Yet this is precisely what they propose.

Even further distortion of the market occurs as businesses  are anxious to demonstrate how their practices are sustainable in order to curry favor with regulators. This rush to compliance is all too reminiscent of the Y2K fiasco when every company and organization was required, by law, to devote significant resources to demonstrating that they were Y2K compliant.

Legislating sustainability is another attempt to replace the collective decisions of many in the market place with the coercive will of the few. In a free market, with increasing scarcity of a given resource, its price tends to rise, encouraging economizing on behalf of those who consume the resource.

The regulation favored the large, established firms. The implementation of sustainable practices is condoned, supported, lauded, and financed by the big businesses of today. Like their 19th-century counterparts, they have the accounting staff and present infrastructure to handle the extra costs of becoming “sustainable.” It is the little guy — the new entrepreneur — who is paralyzed by the burden of the new legislation.

Coercive legislation reduces the diversity of quality and prices among competing products. It robs consumers of options, raises prices, and destroys wealth. Nobody can decide what is “sustainable” for another person. Every action requires a weighing up of costs and benefits. To implement any one person’s idea of sustainability on everyone else will result in loss. The idea that people are not able to make these decisions on their own, and require coercive laws to determine what is best for them, is essentially to implement serfdom.

Communists told people to follow them because humanity was at stake. Today we are told that the planet itself is at stake. It sounds like a new way of saying the same old thing. To sacrifice the needs of individuals for the sake of the many will result in great benefits to the very few, at the cost of the many.

Sustainable development can only deliver what the government is best at delivering: poverty.